The original X-COM: UFO Defense, which came out in 1994, has a pretty straightforward narrative: Aliens drop in from orbit and begin terrorizing the planet. It’s up to you and your little team of soldiers to kill them or die trying.

The modern incarnation of the XCOM franchise from Firaxis Games, on the other hand, is more complicated. Over the years there’s been multiple pieces of downloadable content, several expansion packs, and even a full-fledged remake of a previous game. The release of XCOM: Chimera Squad, a stand-alone title with a budget price, only makes things more confusing.

To set the record straight, I got Chimera Squad lead designer Mark Nauta on the phone. Where does the modern XCOM story even begin? What modules and bits of downloadable content are considered canon? And how does that set the stage for Chimera Squad and, potentially, the next core game in the franchise?

Nauta explained that the starting point of the modern XCOM universe is XCOM: Enemy Unknown, which came out in 2012. That story canonically begins in the spring of 2015 with a series of extraterrestrial incursions on the planet Earth. It includes a number of different alien races — the classic sectoids, mutons, and more — all being controlled by a puppet master behind the scenes. They’re all more than a match for the best technology that Earth can muster, but give that title about 50 hours of your life and you can reliably beat back the invasion.

Canonically things aren’t so simple. In the lore of the XCOM franchise, humanity actually fell to the alien invaders.

That means XCOM: Enemy Within — the 2013 expansion to XCOM: Enemy Unknown — never really happened. That game’s narrative, which focuses on a concoction of nanomachines called Meld to explore issues of transhumanism, is a completely alternate XCOM universe. It’s a separate branch, Nauta explained, one that doesn’t even happen in the events leading up to XCOM 2.

Hardcore fans of the plucky extraterrestrial combat force will instead need to pick up the novel by Greg Keyes titled XCOM: Resurrection to learn the circumstances around which humanity falls to the the alien menace. After that, the very next canonical game is XCOM 2.

XCOM 2 was effectively rebooted in 2017 with an alternate storyline of its own. XCOM 2: War of the Chosen adds three new factions to the game. They include the stealthy human hunters known as the Reapers, the hybrid human and alien warriors known as the Skirmishers, and the powerful psionic warriors known as Templars. But the overall storyline remains the same. The puppet masters controlling the other alien races, known simply as the Elders, are destroyed. Without them pulling the strings Earth is successfully liberated.

But, as XCOM: Chimera Squad explores in detail, our planet is changed forever by the battle against the Elders. In the year 2040, when the game takes place, it’s home to multiple, full-blooded alien species as well as strange human and alien hybrids. Powerful weapons and dangerous psionic warriors are still hiding out among the population, and XCOM itself has had to integrate all of these different species into its ranks to fight against them.

Nauta explained that it is the reboot, War of the Chosen, that leads directly into XCOM: Chimera Squad. That’s why several of its named characters play like members of the Reaper, Skirmisher, and Templar factions that were first introduced in the expansion. Chimera Squad similarly builds on the more elaborate writing in War of the Chosen by adding more than a dozen new characters to the lore.

So, if you’ve got your pencils and your scorecard ready, know that the canonical XCOM video game universe now includes XCOM: Enemy Unknown, XCOM 2: War of the Chosen, and XCOM: Chimera Squad.

When are we getting a proper XCOM 3? I pushed Nauta on the topic, but all he would say is that fans shouldn’t see the new gameplay changes in Chimera Squad — which emphasize small-scale combat in interior spaces — as indicative of where the franchise is headed. Instead, it’s more of a “test bed” for gameplay ideas. But, if past is precedent, fans should expect the next numbered game in the modern XCOM series to have more narrative depth than ever before.

XCOM: Chimera Squad is on sale now for Windows PC. 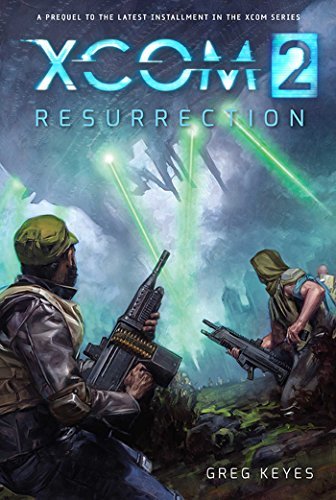 This officially licensed novel connects Firaxis’ XCOM: Enemy Unknown and the original XCOM 2, telling the canonical story of how the good guys lost the first alien war and fell under the control of Advent.

Vox Media has affiliate partnerships. These do not influence editorial content, though Vox Media may earn commissions for products purchased via affiliate links. For more information, see our ethics policy.

Carrion, The Reverse-Horror Monster Game, Will Launch Later This Month